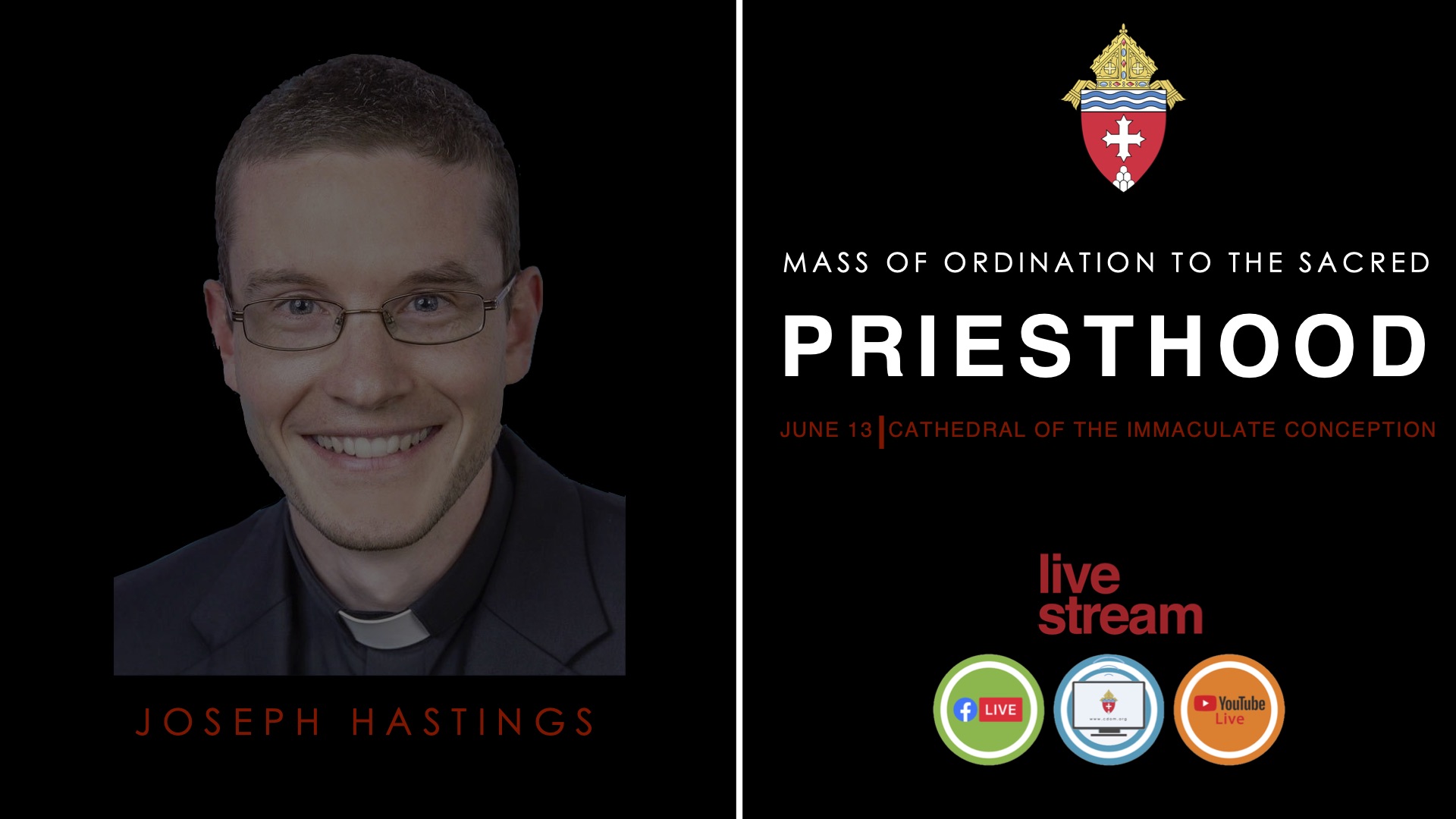 Deacon Joseph Hastings will be ordained by Bishop David P. Talley into the Presbyerate within the Catholic Diocese of Memphis in Tenn. at the Cathedral of the Immaculate Conception on June 13

Reverend Mr. Joseph Paul Hastings was born and raised in Memphis, Tenn. As the third of four children to Jay and Patte Hastings, his family attended St. Ann’s Catholic Church in Bartlett. He attended St. Ann’s Parochial School in Bartlett from K-8 grade and continued his Catholic education at St. Benedict at Auburndale, graduating in 2005. From there, he pursued studies in communications at the University of Memphis.

After graduating college in 2010 and a period of discernment, Deacon Hastings began his formation for the diocesan priesthood with the Catholic Diocese of Memphis under Bishop Terry Steib at Saint Joseph Seminary College in St. Benedict, La.

Upon completing and earning his Bachelor’s degree in philosophy and theological studies in 2016, Deacon Hastings continued his formation at the Pontifical North American College in Rome, Italy. In 2019 he earned his Sacred Theology Baccalaureate from the Pontifical University of St. Thomas Aquinas, commonly known as the Angelicum.

Deacon Hastings will be ordained to the sacred order of priest tomorrow at 10am with the imposition of hands by His Excellency, The Most Reverend Bishop David P. Talley, M.S.W., J.C.D at the Cathedral of the Immaculate Conception. He will be celebrant at his first Mass at St. Ann’s in Bartlett at 11:30am.

Effective August 1, 2020, Reverend Mr. Joseph P. Hastings will be assigned as Parochial Vicar at St. Francis of Assisi in Cordova.

Solemn Vespers, Friday June 12 at 7pm and the Mass of Ordination for Joseph Hastings, Saturday June 13 at 10am  will be streamed on the following platforms: