Absolute Faith: How Phil Turned His Own Pain Into Helping Domestic Abuse Survivors, BY BETH SIMKANIN 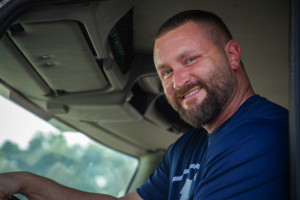 There was a time in Phil McLendon’s life when he felt isolated and hopeless.  Eight years ago, a traumatic physical injury almost crippled him physically, emotionally and spiritually. He says that God granted him a second chance at life and, since then, he’s been on a mission to spread God’s message of hope to other survivors who feel lost and trapped.  Those survivors are victims of domestic violence.

McLendon’s goal is to change the lives of those af-fected by domestic violence, one survivor at a time. He uses his business and social media to shatter the silence on a social issue that affects men, women and children of all socioeconomic backgrounds. Fueled by his Catholic faith, he’s spreads awareness and gives others a second chance, just as he was given years ago.
“There was a time I felt like I had everything taken away from me, and I was given hope and a second chance,” McLendon said. “I want to give others hope and a new outlook on life. I’m no expert; I’m just God’s messenger. I want to help bring about a plan of action.”
Starting over and finding a purpose
McLendon is a lifelong Catholic who grew up in Memphis and attended Catholic schools. He cred-
its his Catholic education and the influence of local priests for his strong faith. In fact, he considered becoming a priest in his late teens.
McLendon began a career in broadcast journalism 18 years ago when was hired as an assignment desk editor at WMC-TV 5 after the 9/11 terrorist attacks. He worked in journalism for seven years, but became discouraged professionally after a brief stint in free-lance video journalism. He began to work for a local moving company as an apprentice and quickly moved up through the ranks. McLendon says he enjoyed the work and contemplated starting a moving business of his own in 2011.
Right around the time he wanted to branch out on his own, he was severely injured in a car accident. He underwent spinal fusion surgery, and doctors told him that he needed to find a new career. He wouldn’t be able to use his back to move furniture anymore.
McLendon says the news put him in deep despair. He was in pain, both physically and emotionally, and didn’t know what his next step would be, so he turned to God.
“I lost everything in the car accident — my car,
my ability to move and do my job,” he said. “I finally found what I wanted to do and the doctors told me that I couldn’t it anymore. I felt the weight of the world on me. I was physically, emotionally and spiri-tually broken. I didn’t know what to do, so I surren-dered all of my pain and frustration to God. I said to Him, ‘God, please help me because I don’t know how I’m going to do this.’”
McLendon says he immediately felt an invisible weight lift from his shoulders in his hospital room.
“I felt engulfed with Him,” he said. “The car accident was a turning point for me. When I walked out of the hospital, the world looked brighter and the sky was perfectly blue. I was physically broken, but I felt like I could conquer the world. Here I am with rods in my back and can barely move, but I felt like I had been given a second chance. The Lord put His healing hand on me. I knew something good was going to happen.”
The road to recovery was tough. While McLendon physically recovered from his injuries, he placed advertisements for his new moving business on Craigslist. He says that he was motivated to prove the doctors wrong, but he knew it wouldn’t be easy. A blessing came when a woman responded to his ad. He admits that he didn’t have a car, truck or em-ployees to help him move the client. He called two friends to help him and rented a U-Haul truck.  “I had to start all over with my life,” McLendon said.

“Here I am in my early 30s with no car and a back brace, and my mom had to drive me to my first mov-ing job. I’ll tell you, that was a humbling experience.”
Despite doctors’ warnings, McLendon succeeded in starting a new moving business, which he named Absolute Moving Service. He was filled with the Holy Spirit for being given a second chance. He felt gratitude to God for his blessings and began to pray to the Lord to show him how he could help make a difference in someone else’s life.
His answer from God came in the form of a phone call for help.
McLendon received a phone call from a woman with Amanda’s Way, a woman’s shelter in Brighton, Tenn., which advocates for victims of domestic vio-lence. The volunteer with the shelter asked McLen-don if he would use his company’s services to move a woman, who was an abusive situation, to a safe location. McLendon didn’t hesitate.
Amanda’s Way arranged a police escort for McLendon’s moving crew, and he moved the domes-tic abuse survivor.
“I prayed for God to use me to spread the Gospel and show me the way,” he said. “I knew this call for help was an answer to my prayer. I knew this is what God wanted me to do. This is when the mission started.”

McLendon moved several domestic abuse survivors for Amanda’s Way. Later that year, Fayette Cares, a nonprofit that strives to end homelessness and break the cycle of domestic violence in Fayette County, called him to ask if he would move a mother and her children from an abusive home. Again, McLendon didn’t hesitate. His company moved six women and children out of abusive homes in 2013 and 12 women and children the next year.
Word spread and he began to receive calls from domestic abuse survivors directly. He says if a do-mestic violence survivor calls him seeking help, he’s there to move them for free. He’s received calls from survivors from as far away as Austin, Texas, seek-ing help. When McLendon can’t physically move the survivor, he contacts women’s shelters in the survi-vor’s area and passes on resources and information directly to the survivor.
“I want them to know there is hope,” he said. “I can give them the resources they need to help them. They’ve taken the first step and have reached out for help. These women are lost and broken, but some-thing gives them the courage to take a leap of faith and ask for help. God puts these survivors in my path for a reason. I don’t do this for recognition or money. God pulled me out of hopelessness. No mat-ter how bad it gets, there’s always hope, and I want to bring that message to these survivors. If there’s a way I can help them escape their situation, I’m there for them. It’s amazing how God works.”

Over the past five years, he’s moved up to 20 do-mestic abuse survivors and their children each year. He employs up to 18 employees during peak times, and he informs each person upon hire of the com-pany’s mission. He pays his employees to move each survivor, but doesn’t accept any money for the move.
“This is something bigger than me,” McLendon said. “It takes many people to make this work, and God makes it come together every time.”
McLendon admits there are risks with every move, but no one on his staff has ever complained or refused to move a survivor. He has relationships with the Fayette, Shelby and Tipton County police departments who escort him, his employees and the survivors during every move.

He says that he’s seen the pain domestic violence can bring, and he’s made it his mission to spread the word about it. He uses social media platforms, like Facebook, to spread awareness and share the journey of each survivor he moves. Additionally, he’s placed a purple ribbon, a symbol for domestic violence, on all of his moving trucks, along with a customized domestic violence logo with the saying “Shatter the Silence” to bring awareness to what he calls a silent, taboo problem in our society.

“I want to bring awareness to others on what is still a taboo subject today,” he said. “These survi-vors feel isolated, and in some case their families and friends turn a blind eye to their situation. I want to get the message out there and let survi-vors know that they can reach out for help, and we are here to help them.”

McLendon says there’s no greater reward than knowing he’s helped others when they are at the lowest of their lives. He’s received so many blessings since his car accident eight years ago, and he wants to pass those same blessings on to others who seek hope in a world where hope can seem lost.
“There was a time I felt lost,” McLendon said. “I wanted to control things. I surrendered to God and asked Him to put me where I was needed. God has placed me where I am needed. These women need help and they need hope. I’ve been given so many blessings and I want to pass on those blessings to others. We are the hands and stewards of God’s grace. It’s all a part of God’s plan.”

If you or someone you know is in a domestic violence situation and is seeking help, Phil McLendon wants readers to know that he can provide you with resources to help. Please call him at 901.304.3470.