MEM, TN — The Magevney Society is planning a mass in remembrance of prominent Memphis historical figure Mother Mary Agnes Magevney (1841–1891) next month. She was the first child of Eugene and Mary Magevney. It is believed that the first Catholic Mass in Memphis was celebrated in their home.

There is going to be a high requiem Mass (in the Extraordinary Form) said for Mother Mary Agnes Mageveny at 6:30 p.m. on Friday September 13, 2019 at St. Peter Church, 190 Adams Ave in downtown Memphis.

“This is in fulfillment of one of her dying requests,” said Michael A. Beauregard, who founded the Magevney Society, a small group of Memphians who are trying to draw attention to the virtuous life of Mother Mary Agnes.

“I started researching her life more in-depth approximately three years ago and was captivated by her life of redemptive suffering and her piety.  I desired to learn as much as I could about this person from our own city who clearly lived for the glory of God and worked for the salvation of souls.” said Michael A. Beauregard.

Some of the personal effects of Mother Mary Agnes will be displayed at St. Peter’s after the requiem Mass (some for the very first time) and will stay on display between Sept. 11 and mid-October.

Her family home, The Magevney House, sits right next door the St. Peters Catholic Church. It is one of the oldest residences remaining in Memphis 198 Adams Ave, Memphis, TN 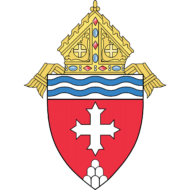