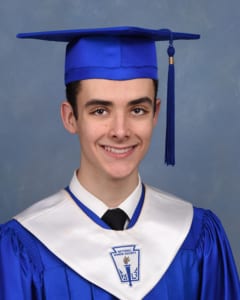 Wyatt is also a member of the Key Club and the Cross Country, Swimming and Water Polo teams, earning him the school’s prestigious Iron Eagle Award for 3-sport athletes. He has been a TSSAA Scholar Athlete for four years and is the SBA Senior Scholar Athlete.

Wyatt has been selected by his senior class as Most Likely to Succeed. Wyatt was recently recognized by the Germantown Exchange Club as Youth of the Month for April.

Wyatt has earned his Eagle Scout ranking and has 10 plus years in martial arts with Tennessee Karate Institute. He is a Black belt, 1st Degree.

Wyatt plans to attend the University of Arizona and major in Physics. 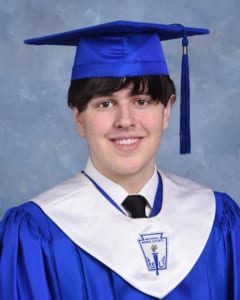 Quincy Card is the Salutatorian from the St. Benedict at Auburndale High School Class of 2019. He has achieved the second highest cumulative GPA of his class of 187 students.